Once a year I travel to Denmark. This year I was lucky to catch some open studios that were going on and some of the work was very good. There were guest artists from Sweden, Iceland and Germany, some textile art and we managed to visit a large art group that have been set up in  a now closed town hall, resurrected as an art studio.

It was all very enjoyable and of course I stayed with my family and there was time to relax and do a bit of photography.

This is what I will mainly deal with in this blog. in the village I grew up in there are buildings now standing there decaying, as no-one seems to want to live there, as the young people move away, the remaining population becoming elderly and so not having the energy to spend on buildings that are becoming broken with time.

I will start with a few from a building that was leaking water, concrete bleeding minerals and creating stalactites, leaving old electrical equipment rusty and walls and ceilings flaking, dripping and cracking. 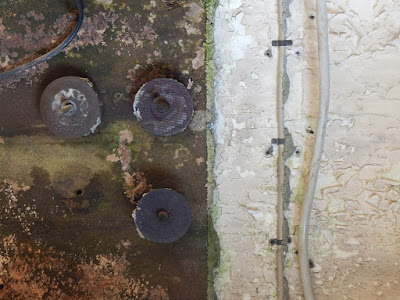 It is kind of sad seeing a building which once housed a family and which has had the beginnings of a new extension now left unused and worn looking. Of course decay is photogenic, and the light was bright, so shadows were hard in the sun. 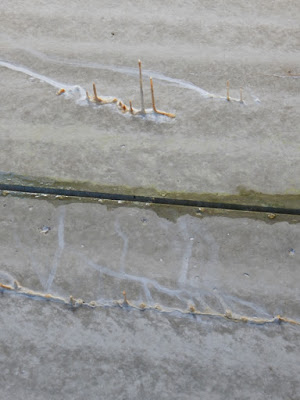 The concrete ceiling and its stalactites 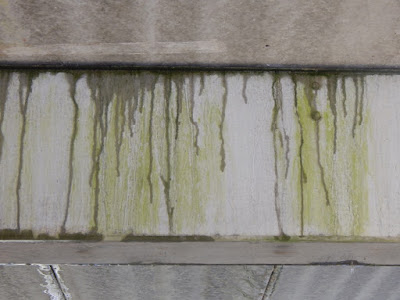 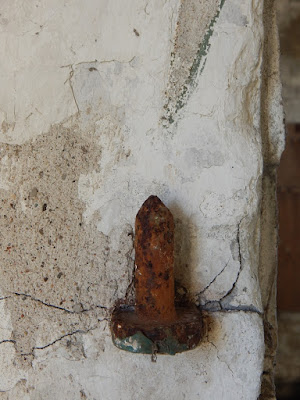 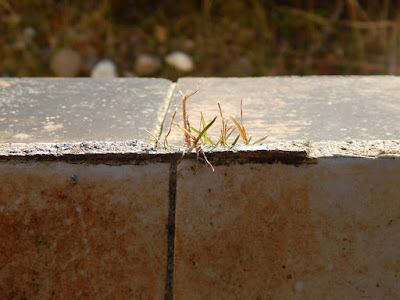 And even in the decay some signs of life 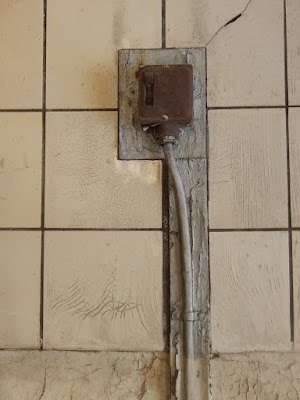 One of the original old switches on crackling tiles. When the building was first built it was the village dairy and the electric fittings and old tiles still tell of this practical function for the village. Now there is a very little dairy cattle left in the village as cereal growth is the dominant agricultural production. 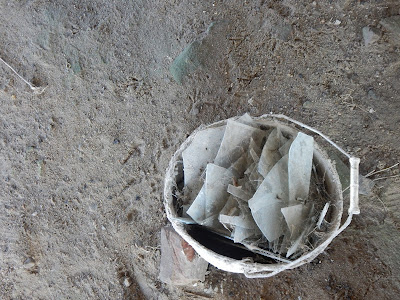 A bucket of glass shards left to become dusty and a home to spiders.

The village offers other topics for photography - trees, plants, old greenhouses left to decay as houses are not sold and the local historical society's renovation of an old farm. 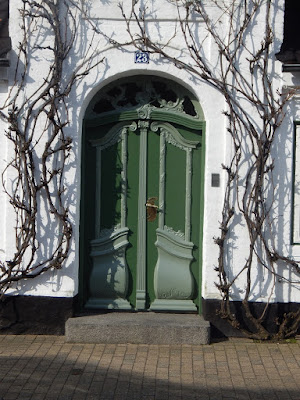 When I arrive it was snowing - in late March! The ploughed fields were had a dusting of snow which stayed for a day or two 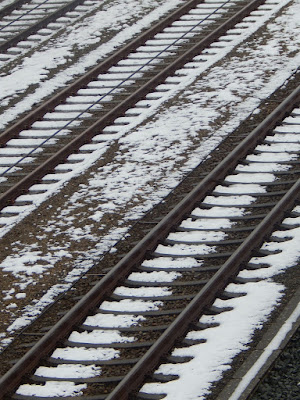 Snow on the rails that take me there and away again. 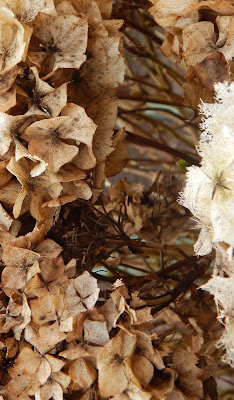 The hydrangea have continued to keep their dry heads on and they are always beautiful whatever condition they seem to be in. 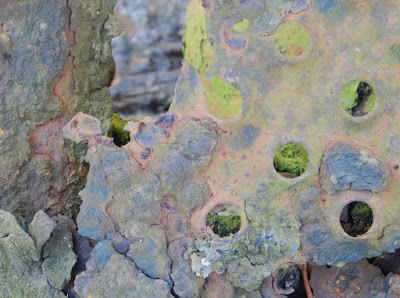 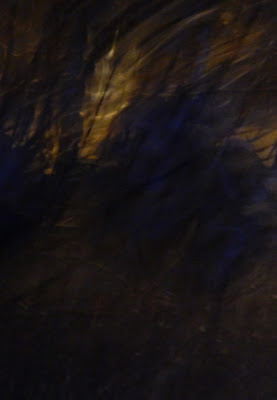 I also had a go at photographing in the dark - this changes colours completely, no flash to distort shadows or affect the sense of dusk and darkness. Here are a few images of the hydrangea bushes and flowers 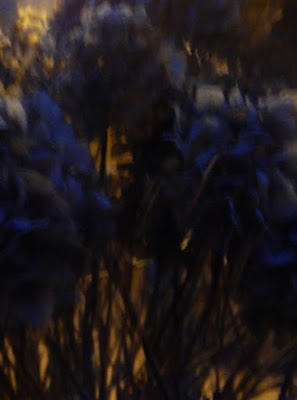 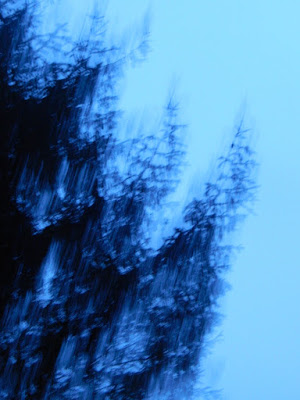 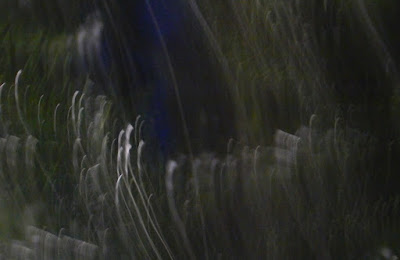 And with the dark comes the loss of control of handshake, movement of the subject and the control over the subject. With some additional cropping some interesting abstract light effects can suggest layers of light sources and movement.

Pine trees in the dusk 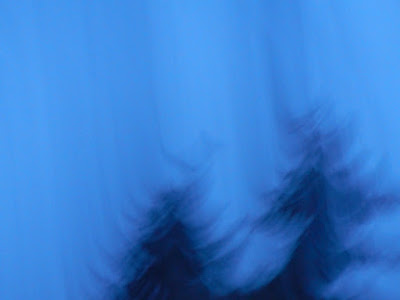 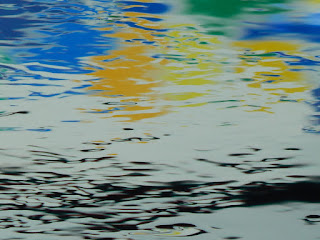 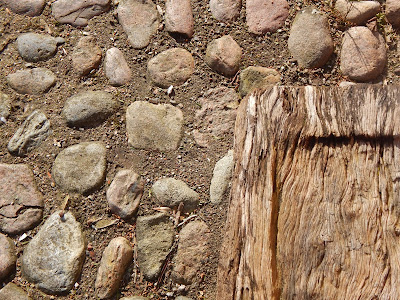 An old wooden trough over cobbles 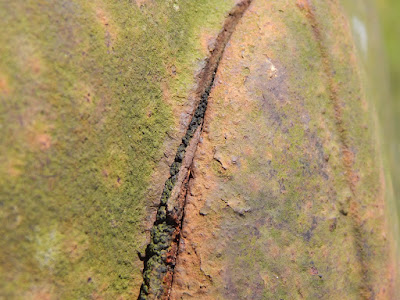 A rusty section of metal 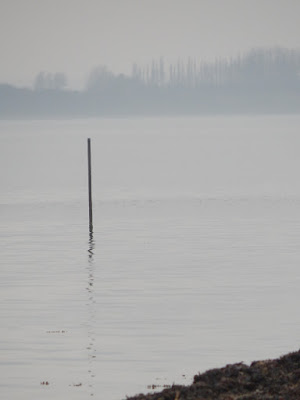 A pole in the sea on a particularly rainy day 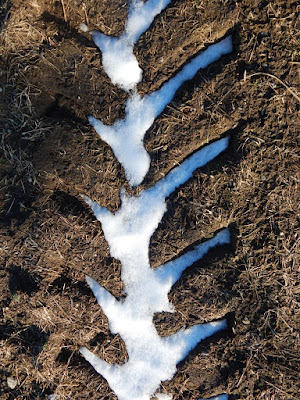 More snow in an earthy track