Well, it has been a long time since I caught up with the blog and instead of writing about everything I have done since May I thought I might do a quick summary of our holiday to Helsinki and Stockholm in September, and then do a separate post about the dyeing and spinning I have done during the Autumn.

So, in September we visited Helsinki and Stockholm - both very beautiful cities and with their own particular characteristics. I have to say of the two I liked Helsinki more: it is very grand in its robust architecture, many severe, stark and brutal facades and there are rocky outcrops you stumble upon as you walk around the city.

We visited a number of museums including the Finnish National Gallery where they had an Alvar Alto exhibition on and the Suomenlinna fortress. We also visited the older parts of town walking around, falling over a small fleamarket where I bought two bound volumes of Bygmastaran from the 1940s, a Swedish architectural journal, with descriptions of good Swedish modernist housing and public authority building projects. There was time for a chamber music concert and shopping at the Stockmann department store and more shopping in an other flea market where I bought some 1970s Finnish cast metal jewellery.

Here are some impressions from the city: 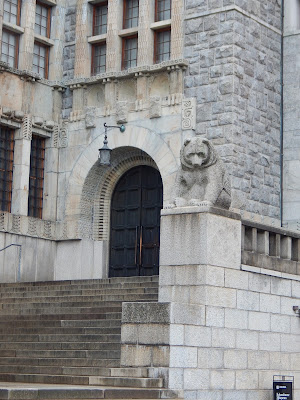 The national museum had a bear at the entrance - in fact bears can be found in many places, they are great, heavy and stony. 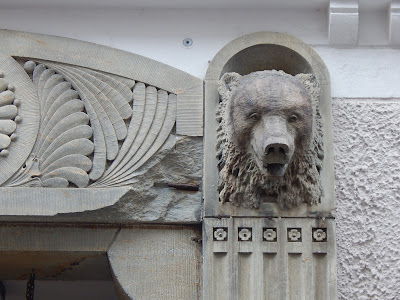 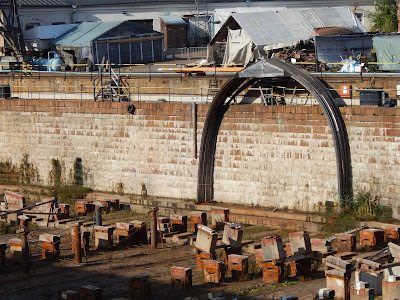 The boat yard on the Suomenlilla island 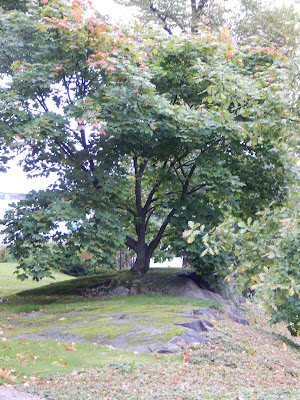 A rocky spot with a tree - I am endlessly fascinated by the way trees find ways to grow on even the most shallow and potentially difficult spot. 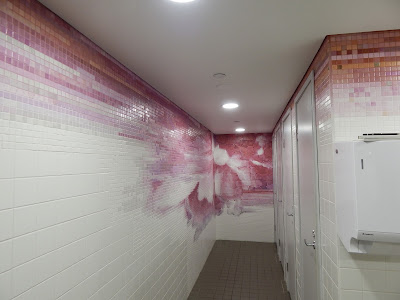 Mosaic mural by Tuula Lehtinen in the ladies toilet at the Helsinki Art Museum - there were many interesting works of art there by abstract artists and a temporary exhibition of Tove Janson's work - but not many Mumins in view, a good gallery to visit.
And further impressions: 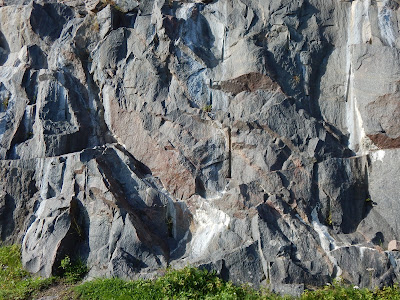 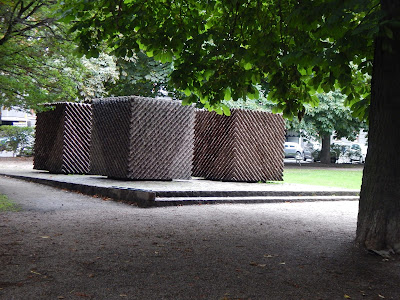 A brutalist carved sculpture by Lauri Kristian Relander
We have been to Stockholm before and this time we again went to the Royal Armouries and Gamla Stan, but I also had time to go to Thielska Museet and went up Drottninggatan where I found an enclosed Art Nouveau garden with a pond and a beautiful tree and another Art Nouveau corner: a ceiling in a door way which was another momentarily quite place. Stockholm feels more hectic than Helsinki. People running about a bit like in London, streets more closely packed and large office buildings filled in around shopping streets so visitors, shoppers and people working in offices milling around each other. I liked the Thielska Galleriet very much, enjoyed the Scandinavian art work there, we visited the Historiska Museet which had a good Viking period room and interesting exhibits, including an ancient organ.
﻿ 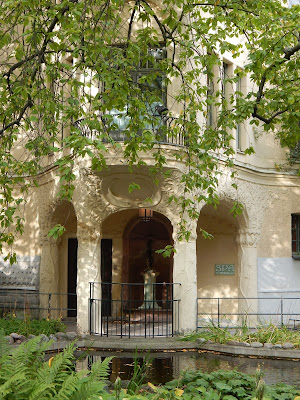 Glimpses from the Art Nouveau garden off Drottninggatan 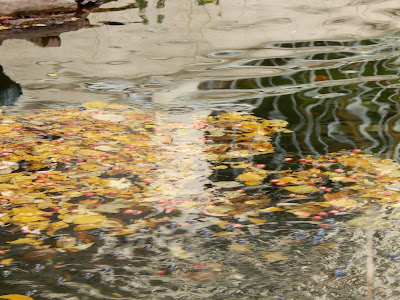 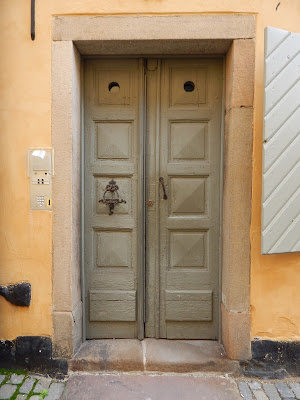 A door in Gamla Stan 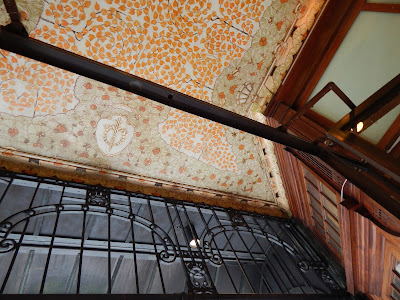 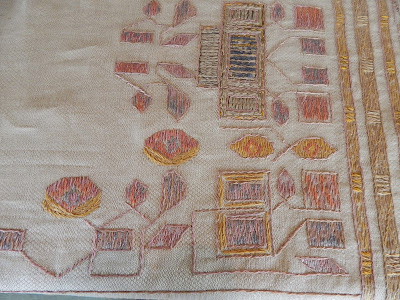 Detail of an embroidered tablecloth at Thielska Galleriet

Posted by LGoldsmithtextileart at 13:14 No comments: