I regard this exercise as a bit of experimenting with colour-matching (up to a point, and subject to the wools I have at hand) and tapestry weaving on my new loom.

As I dyed blues and brown linen and found some similar colours in tapestry yarns (as in embroidery) I will use these for the sample. I have drawn a blank as to design in the sense of hand-drawn, as I don't have much time before I need to get on to the final pieces.

The basis for the sample will be the use of manipulated photos of some blue hydrangea that are drying up in the window, and have been so for week - they actually look very beautiful even as they are shrivelling up, so I have not yet found the right time to bin them. 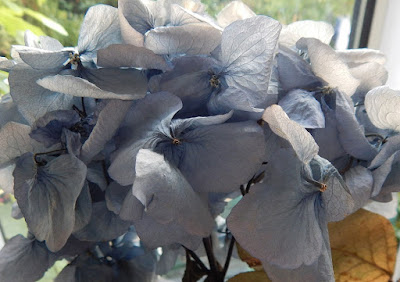 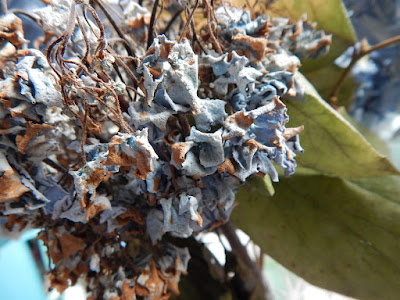 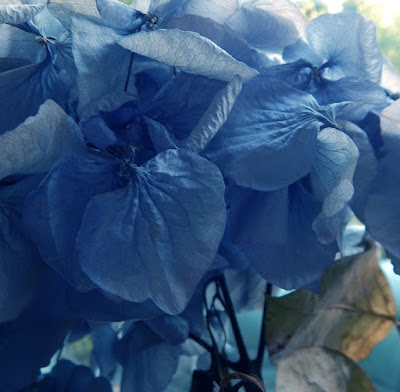 And then I played with colour mixes on different pictures of the petals, and had a go at using the reflection tool for some: 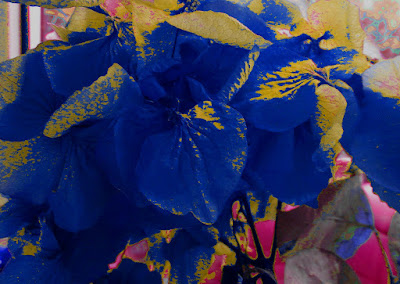 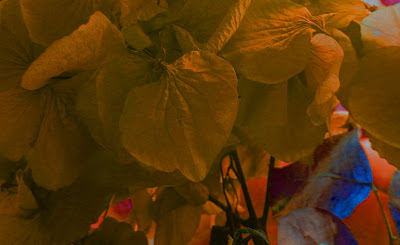 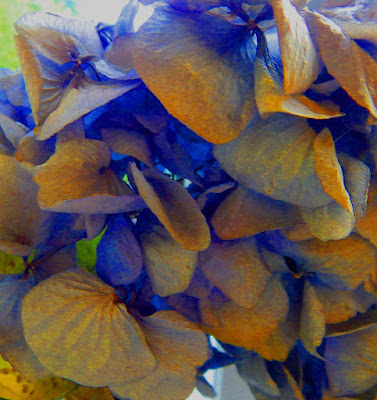 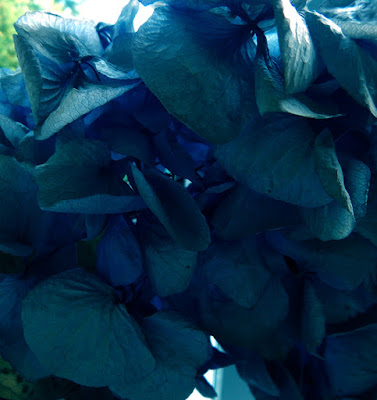 These blues look close to indigo blues and petrol blue-green, some may lie close to the ones I achieved in the dye bath 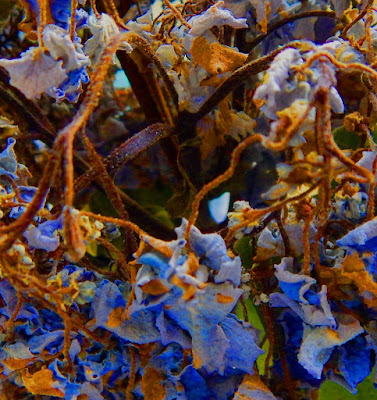 A detail of the dried-up flower head with enhanced colours - I do think the blues and browns look great here, there is real tension and sparkle between them across the whole picture plane - and then a swirl applied to mix things up: 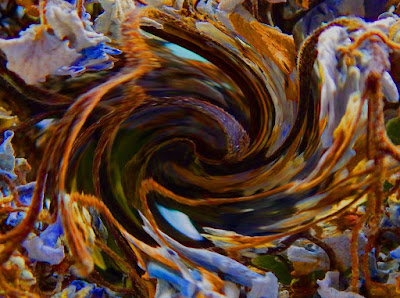 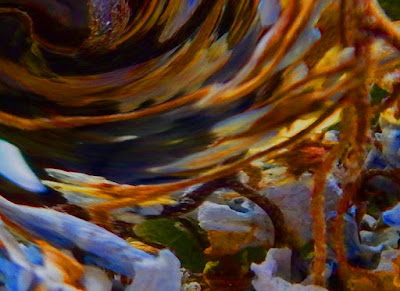 And a reflected image followed by a detail of this image 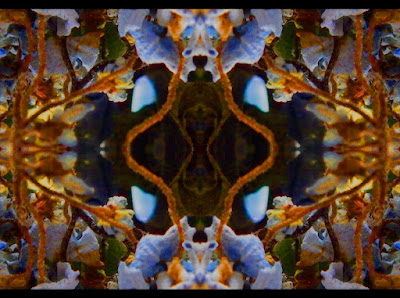 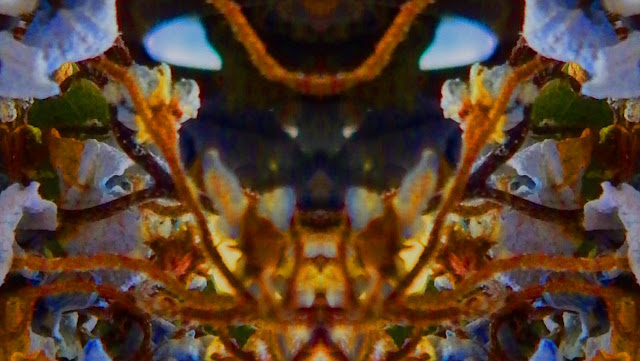 ...and coincidentally there is, what looks like a moth or perhaps a strange greeny-blue bee amongst branches, hiding in this Rorschach of a picture (this 'animal' has appeared unintentionally, but it is interesting how such details can suddenly arise from the design process) - I am not planning to weave from this image, it is too detailed for the weave. I have seen young designers apply such reflected images to print designs in textiles though.

In tapestry weaving artists have applied the digital image as a design tool. There are artists who take selfies to tell stories about their lives, such as Erin M Riley, whose work is maybe disturbing at times but seems quite current in its expression of young people's social pre-occupations.

The Swedish weaver, Anika Ekdahl weaves the most tremendous tapestries having used Photoshop-ed collages of images and applied these in great detail to her works. I think it is amazing how detailed she works; using each bead (the point at which the weft yarn sits on top of the warp) as a pixel in very elaborate works. I saw one of her tapestries at the decorative art museum in Stockholm in 2013, at the Slow Art exhibition. It was one of her verdures, with renderings of wildlife on a mainly green background.

Another weaver who uses the colour manipulation technique and simplifies the image to enable bold and strongly coloured images to be developed is the Danish weaver, Jenny Hansen. Her work uses a lot of blue (at least they do on her web-site), and the colours are striking; her motifs seem drawn from nature, including the woodlands and the landscape. She is a member of Dansk Gobelinkunst, the group of Danish tapestry weavers who regularly show together and who individually show a great range and level of quality in tapestry weaving.

I am not going to aim at a simulated reproduction of any chosen image. Instead I will lay out the yarns and see how they speak with the bundle of pictures I have shown above to see which is most suitable and then have a go at some approaches to make up what will hopefully be a unique sample.