Having had a good and full day of printing I returned to a design exercise I had worked when I had exhausted some of the derivations from selections of drawings. I interpreted a small selection from a photograph and reflected on it in different ways: 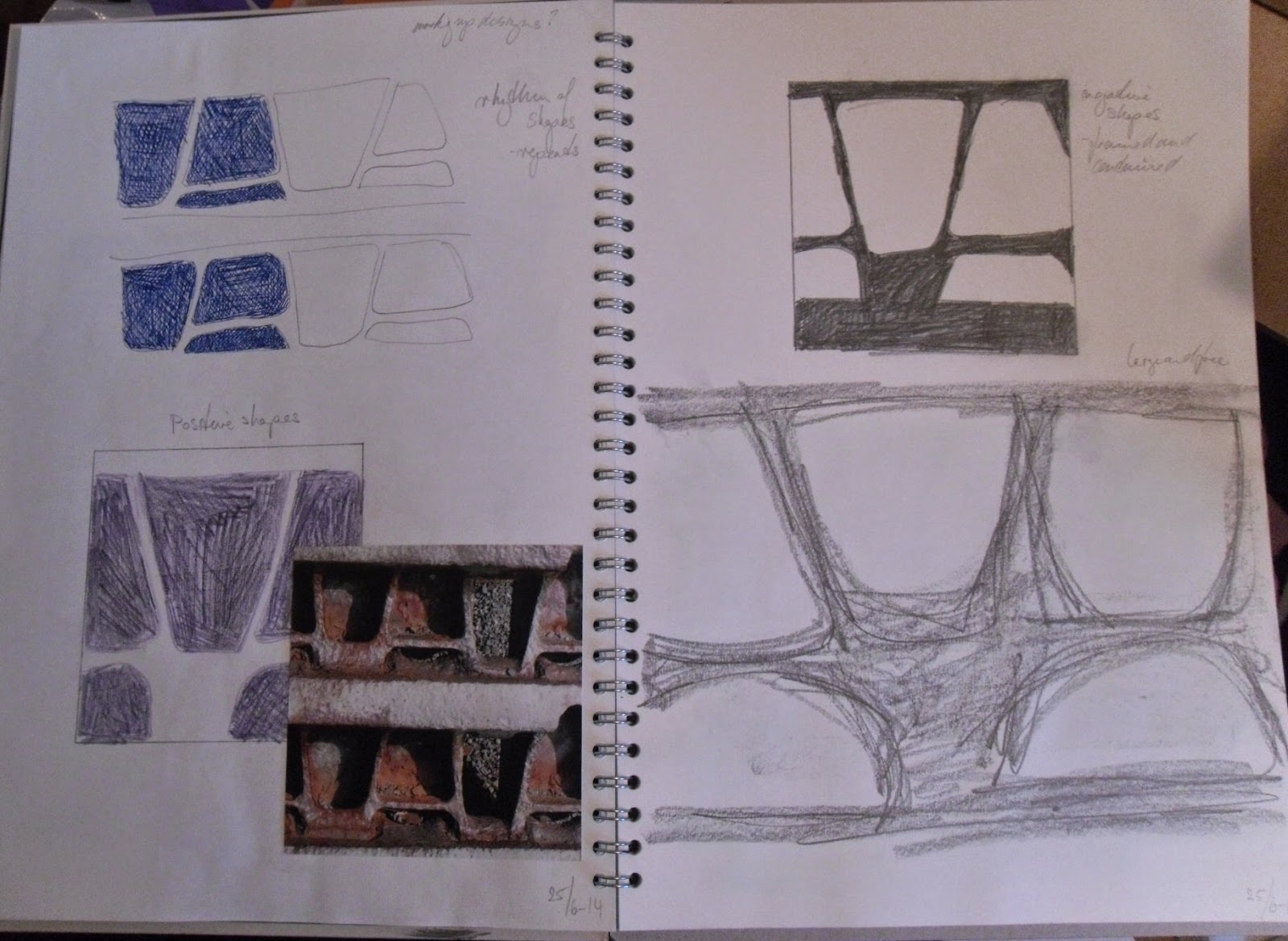 Drawings of positive and negative shapes in pen and graphite. Here the focus was on shapes, as I interpreted some of this exercise as wanting us to do this - make a selection of something that might be repeatable. I also made a small collage-type assembly of paper shapes for this one: 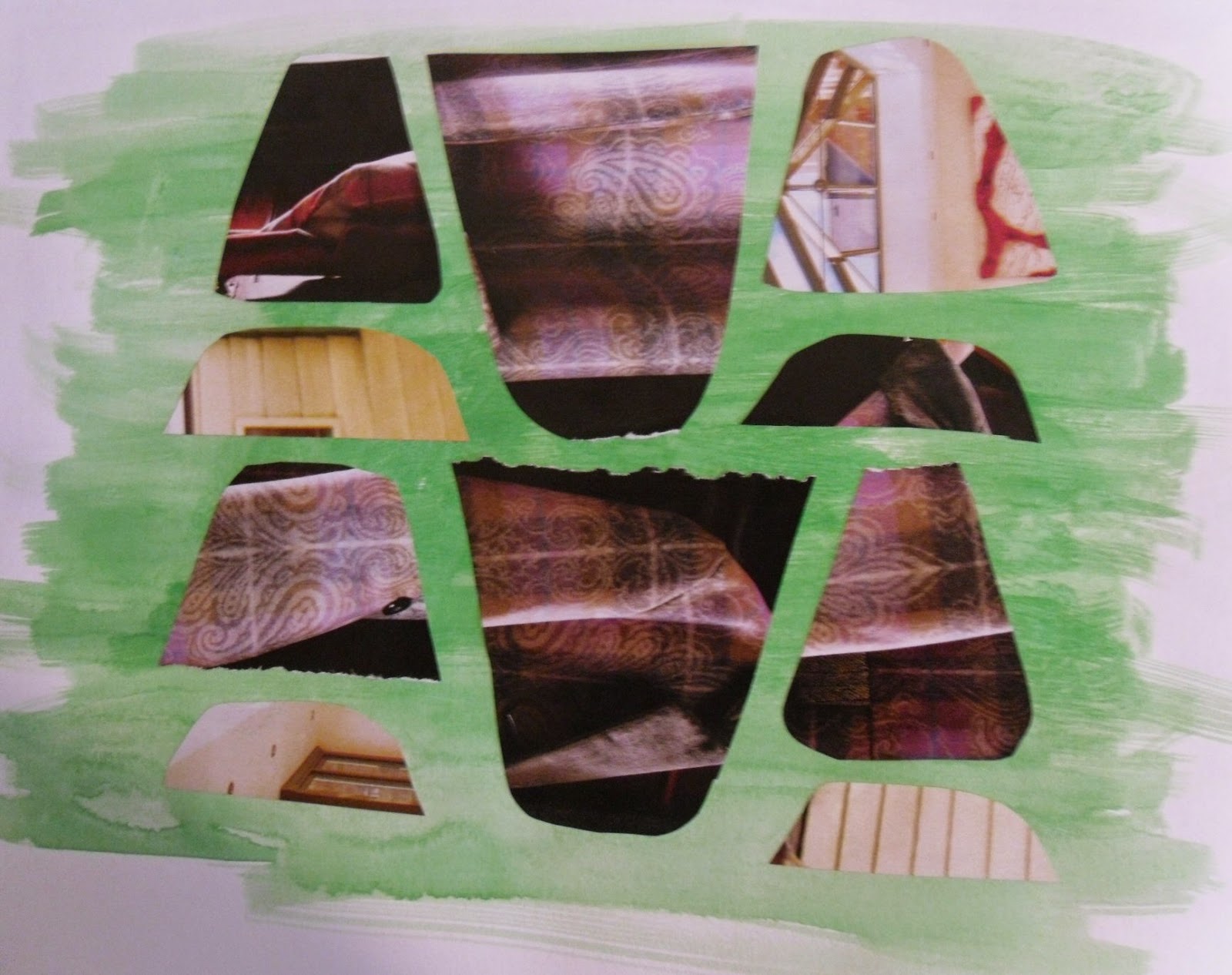 I made up a stencil for this and tried it out on some cotton fabric in a couple of colour ways. These look unfinished and would need some embellishment in the white areas - I thought I might do some machine embroidery perhaps, or do a watery paint to soften the lightness of the ground - the contrast is a bit too stark here: 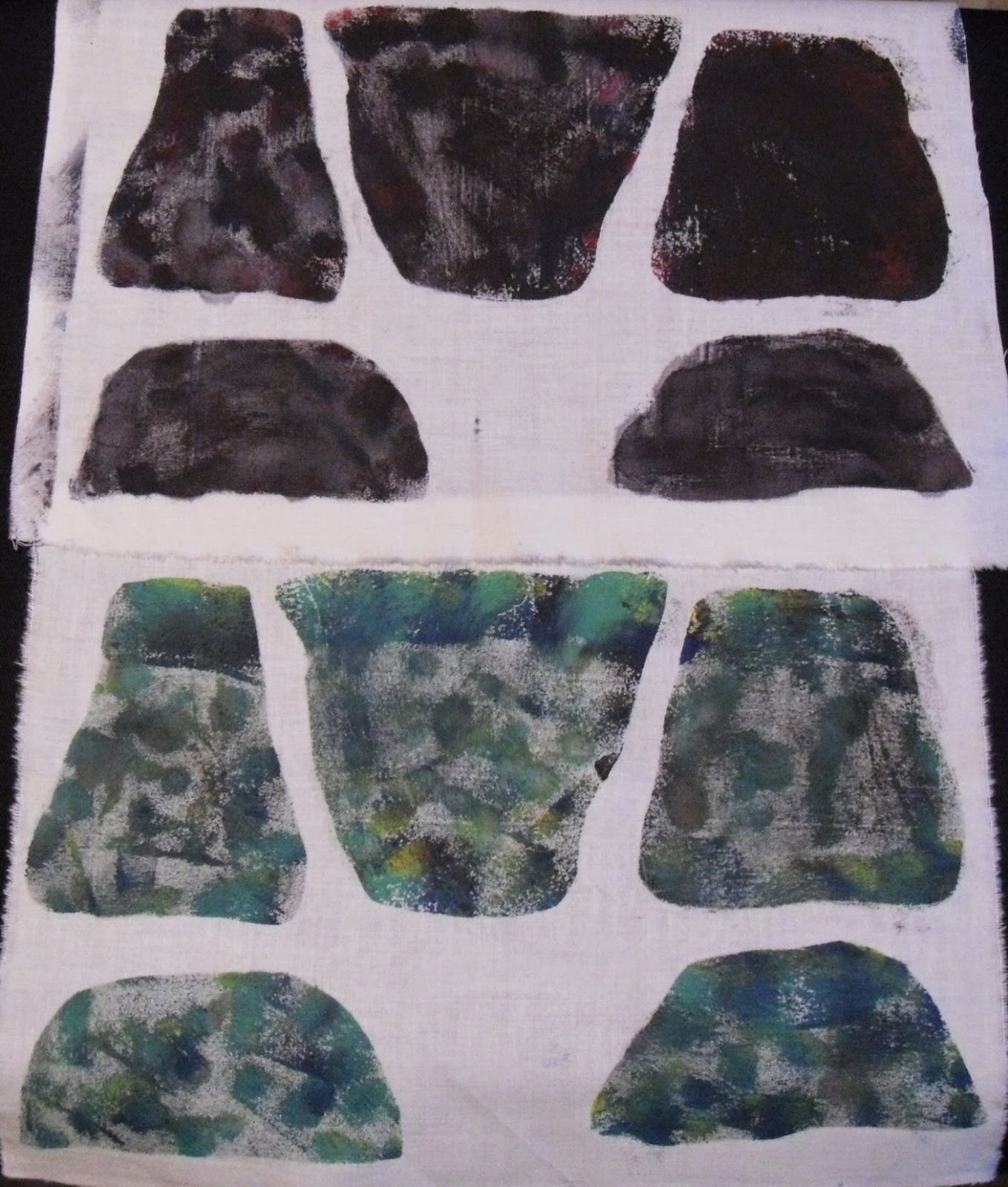 I also used the cut-out sections as a negative stencil, which worked very well, I like this very much, and here the left one is shown as a 'tree' although that was not the original intention, it was purely a test: 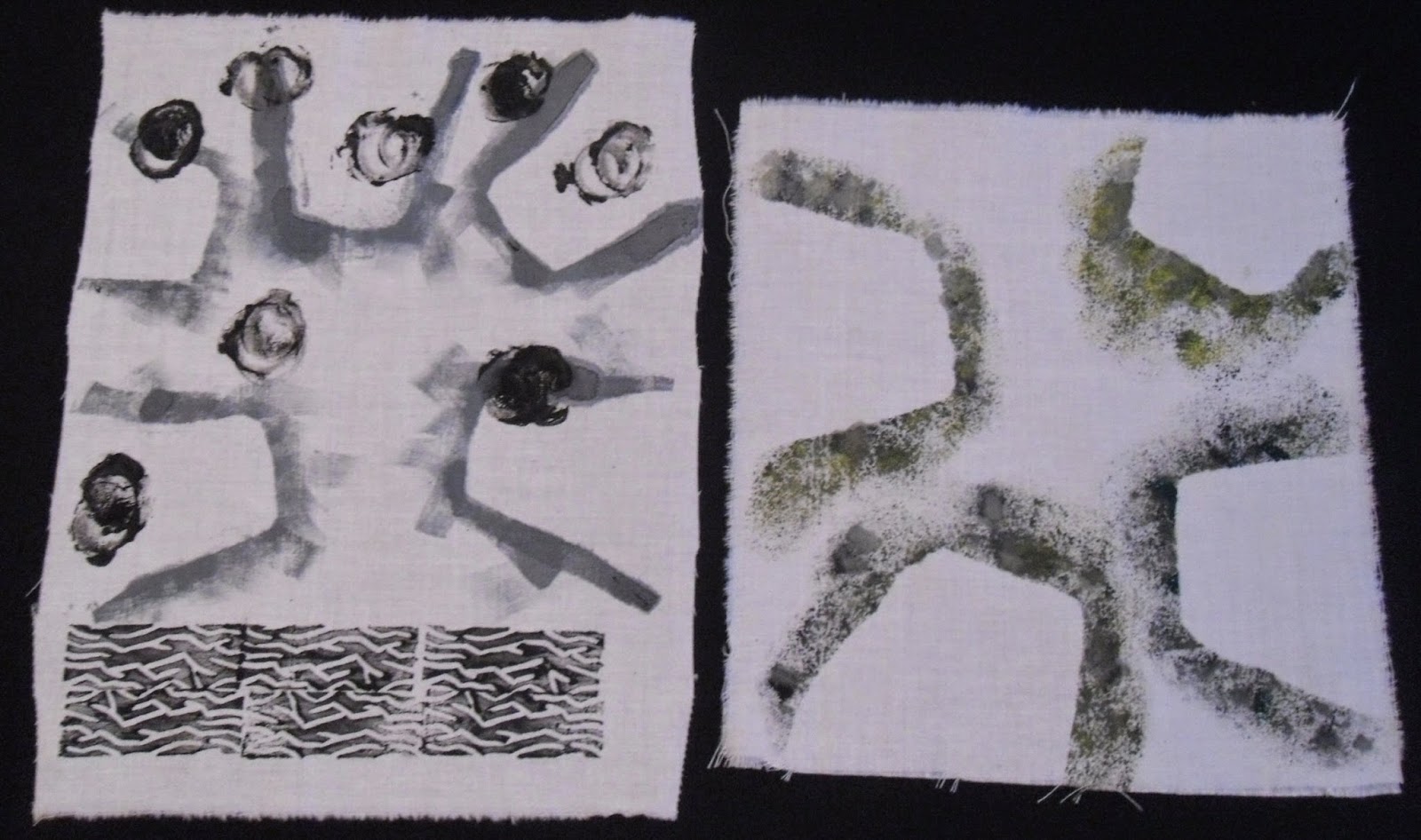 A couple of reflections on this little exercise
Print is beyond my comfort zone, although I enjoyed the spontaneity of the monoprinting and working on the rubbers to make blocks I found the discipline of the design exercises difficult. They didn't seem to harmonise with the pictures I might have in my head, and the design process leads the design result more than the outcome I had ideas for.
That is probably why I reverted to the free experimental day of just trying out techniques. I am much more versed in constructing forms, three dimensionality and large scale things. The print work seemed to call for smaller scale and two dimensionality. The focus on surface stands in contrast to my previous and continuing interest in structure. I will be on more steady ground with the next assignments.
A detour: To get inspired I looked at some print work by the Omega workshops, Wiener Werkstaette and Sonia Delaunay. The turn of the century design work in Vienna was great, I love the clarity of design they developed, it is quite defined and a precise. This stands in contrast to the looser work of the Omega workshop, which sometimes looks unfinished next to the Viennese work. Delaunay came later and is more definitely modernist in her expression, colourful, geometrical shapes. I also looked at some contemporary work by Marimekko and Klaus Haapaniemi. Haapaniemi's work is very different from the stylised geometry of modernist simplicity; it is narrative, illustrative and very detailed.
Nevertheless I still had to attend to my own print work and during this short exercise it became clear again, that I used a painting style with the stencil. The open areas of the stencil were large and needed to be covered, I used a dabbing and painting style, thought about whether a roller would have covered the surface more evenly, but then I like the uneven spread of marks and colour created here.
And in the end serendipity had a role in this work too; with the benefit of the negative shapes being used for smaller samples that have a organic aspect to them they were not planned or designed for but made pleasing pieces in themselves.
Posted by LGoldsmithtextileart at 13:12