More trees - spring in the North

I had a holiday recently, went to where I grew up which is a quietly beautiful place. It is very green and fertile, there is much agriculture and many old villages. There are ancient remains of Neolithic and later burial sites in small but pretty woodland areas. So I had a great time photographing between family visits, shopping and a trip to Germany to visit the Nolde museum in Seebull.

Here are some of the images I took, some of them have been cropped or I played with the camera to get shaky abstraction.

The beech tree is a common woodland tree there 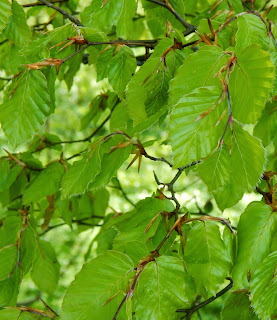 It was one of those springs where the sun shone warmly, even between the showers 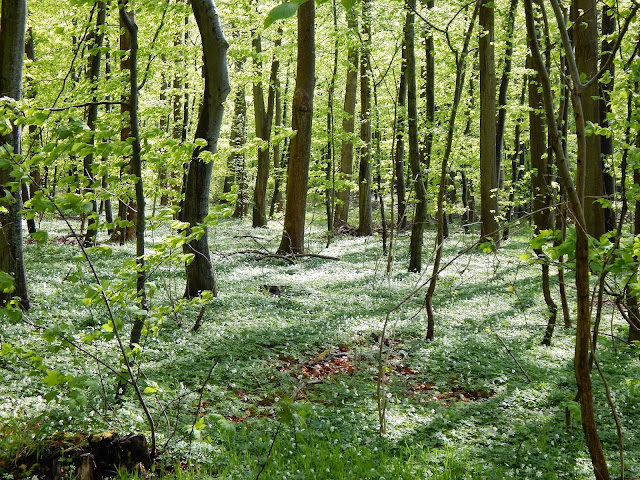 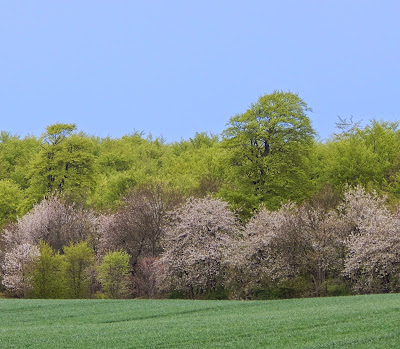 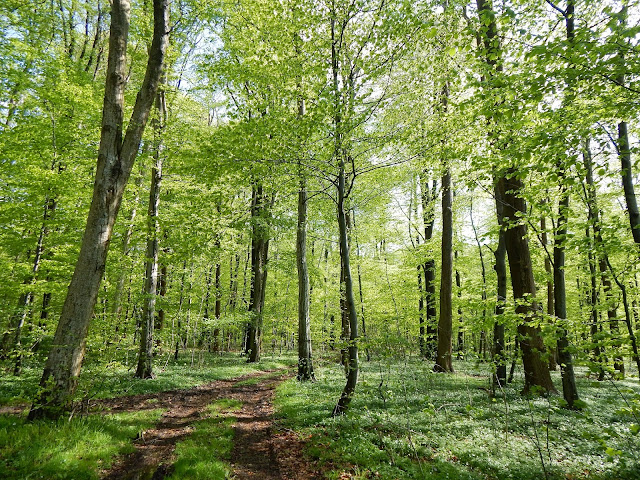 I am not sure how clear it is on this picture, but there was a long barrow lying in the woods here 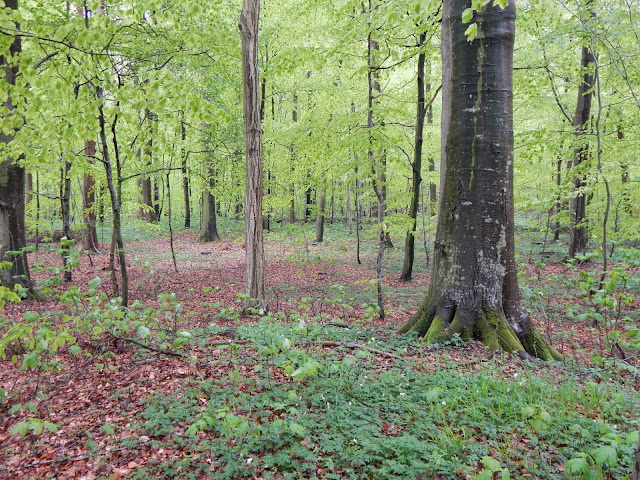 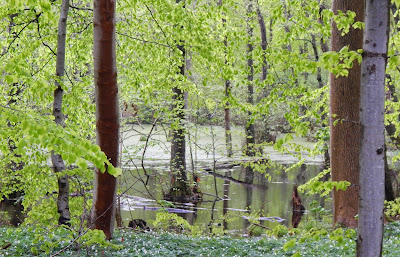 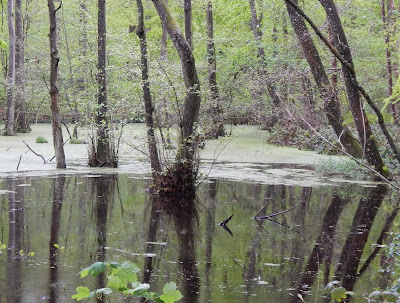 Oh, and this one is from near where I live in the UK, taken a bit earlier in the year to capture shapes of branch development 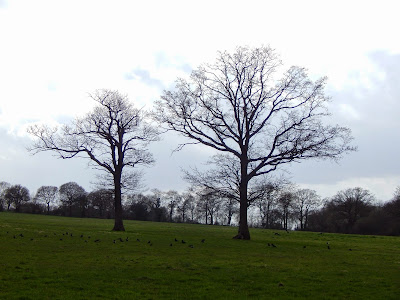 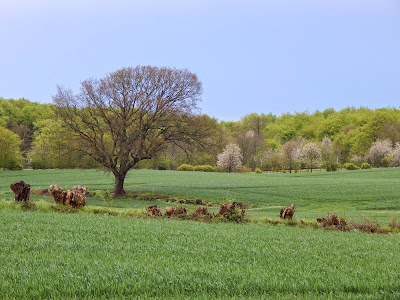 On the theme of cultivated trees, an orchard in bloom 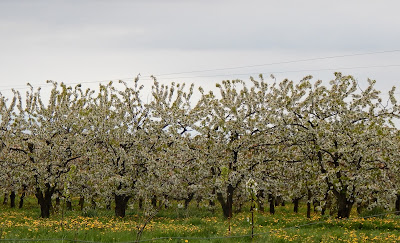 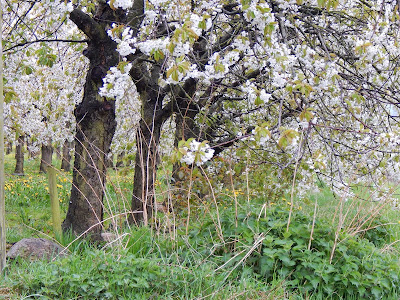 Just to show how trees fit into the pastoral views of a local village with a thatched windmill and church in the line of sight.

And some of those abstracted images I cropped to select interesting light cast over the green of trees: 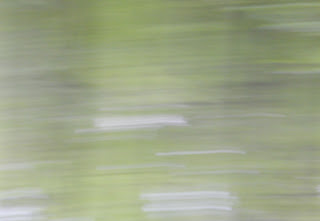 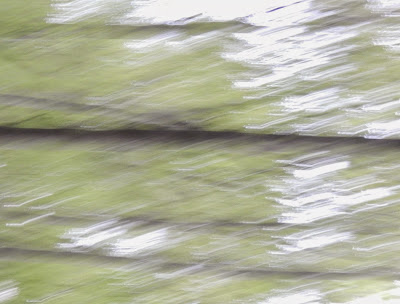 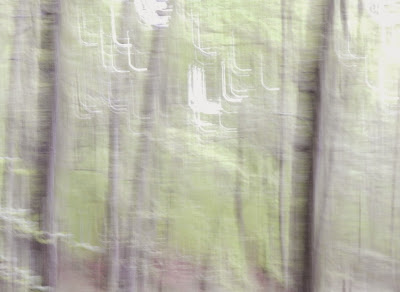 Although this one is slightly blurred I was very happy to be able to photograph a male blackbird in full song. Where I stood there were at least four of them busy claiming their corner for their own 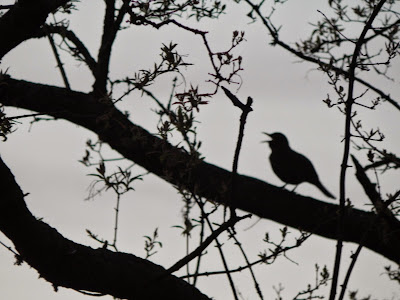 This male started getting a bit cautious once he heard the camera bleeping, he flew off soon after 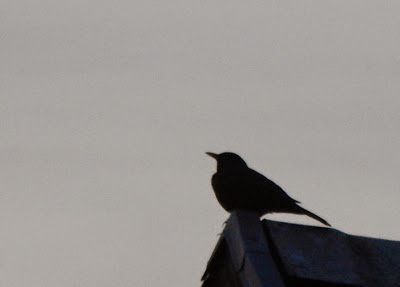 I have not included many images that showed wood being used. On traditional thatched roofs wooden blocks keep the thatch in place 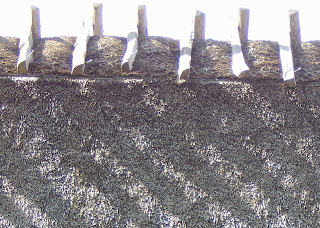 I will write about the Nolde exhibition in a different post, but will here show some picture of a wetland area not far from the museum. That part of the northern most region of Germany is very flat and exposed to wind, but it then allows for these large spaces to be created to enable birds to stop over in their migration 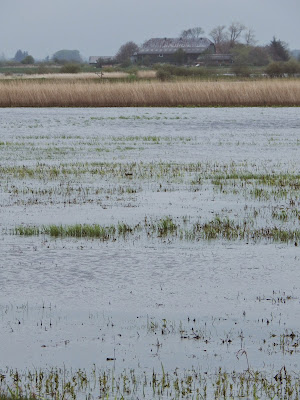 And so, as we stood there looking at the land a gang of geese landed..... 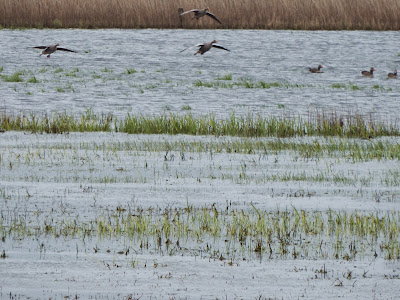 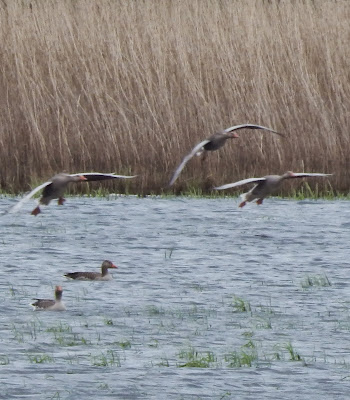 The land has been won from the sea using dykes and drainage, and the mounds of earth now grown over with grass is good feeding for sheep 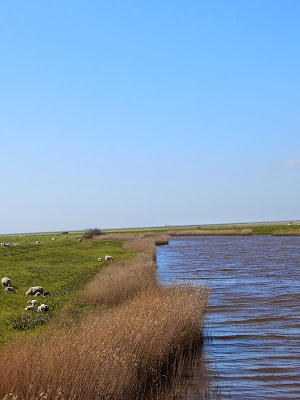 On my last day the weather was quite dramatic weather, the clouds did eventually blow over and left some fine views over the sea. I realise I have taken a lot of pictures of landscape as well as trees. What struck me more than anything on this visit was how beautiful the place is where I grew up. The sea looks different depending on the weather - obviously - but there are also different coastlines, some just pebbly beaches, beaches lined with woods and coasts with fields and trees. When I grew up, and on many visits since I didn't really realise how nurturing this landscape is. 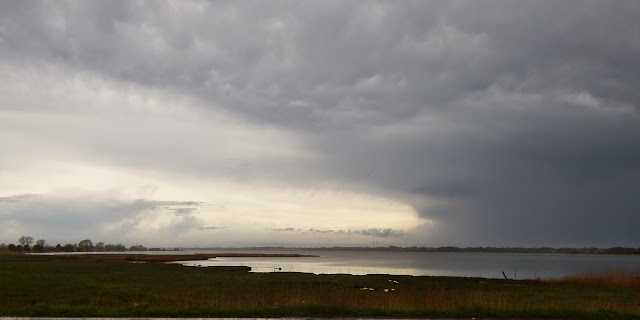